The evolution of sexual dimorphism in Anolis lizards

As a PhD student in the Mahler Lab at the University of Toronto I’m trying to disentangle the factors that produced the diverse patterns of sexual size dimorphism observed in the already diverse Anolis lizards. Apparently not an easy task since the evolution of sexual dimorphism can be related to the evolution of different life histories, morphological constraints, metabolic optimality, reproductive strategies and others. Is there a single answer to this enigma?

Macro-evolution in the Mediterranean

I collaborated in a project led by Antigoni Kaliontzopoulou and Fernando Martínez-Freiría from CIBIO (Research Center in Biodiversity and Genetic Resources) in Porto, Portugal, in which they are looking for general evolutionary patterns followed by several lineages of amphibians and reptiles with respect to climatic, distributional and morphological variables. Being the Mediterranean a biodiversity hot-spot with an interesting geological history it presents an ideal scenario to study macro-evolutionary patterns, and could potentially provide new insights regarding the evolution of other taxa in other biodiverse locations around the world. 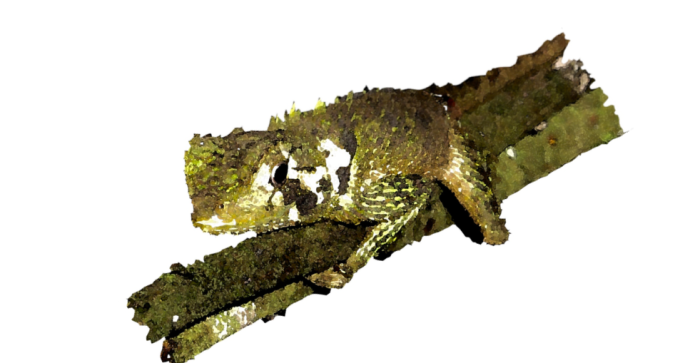 Lizards of the Tropidurinae clade have diversified in South America occupying almost every imaginable habitat. The great diversity of the continent in terms of climate and environments is thought to have shaped the morphological diversity of several taxa, including lizards. But how?

In this large-scale project, which I conducted at the Museum of Comparative Zoology of Harvard University and the Losos Lab, I measured relevant morphological traits from museum specimens trying to obtain a representative sample of the morphological diversity present in this clade of lizards. This effort allowed me to count with a database that included 154 species of 10 different genera included in Tropidurinae. You can read the paper here and also learn more of the incredible diversity of this clade in the series of tropidurine posts in the blog.

Performance of the software STRUCTURE

This was a collaboration with Raphaël Leblois and Pierre-André Crochet from the Centre de Biologie pour la Gestion des Populations (CBGP) in Montpellier. Using the power of computer-based simulations we evaluated the performance of STRUCTURE regarding the estimation of admixture proportions under different sampling scenarios, evolutionary histories, admixture rates, etc. The results of this project are already published and you can read more about it in this series of posts.

Parasitic infections are common interactions in nature. Among lizards, ectoparasitism has been well studied in different species and its detrimental effects have been well described. Together with colleagues from the Evolutionary Ecology group (Universidad Peruana Cayetano Heredia, Lima-Peru), I studied the effects of different types of habitats and behaviors in the ectoparasitic load and prevalence in Microlophus occipitalis, a lizard found in the northern coasts of Peru. Some of the results of this work have already been published!

Ecomorphology is a well studied topic in several groups of lizards; however, no information about this subject was available for Microlophus lizards when I was an undergrad. Collaborating with the Laboratorio de Estudios en Biodiversidad at Universidad Peruana Cayetano Heredia I described the links between morphology and diet in lizard species of the genus Microlophus. As expected, I found morphological differences between species that had diets of different characteristics (e.g. hardness), specifically between insectivores and semi-herbivores. Although the initial project considered only two species I extended the number of species to four (all being Microlophus). You can read two papers that resulted from this project here and here. A lot is still to be discovered in respect to lizard ecomorphology in this particular group!!